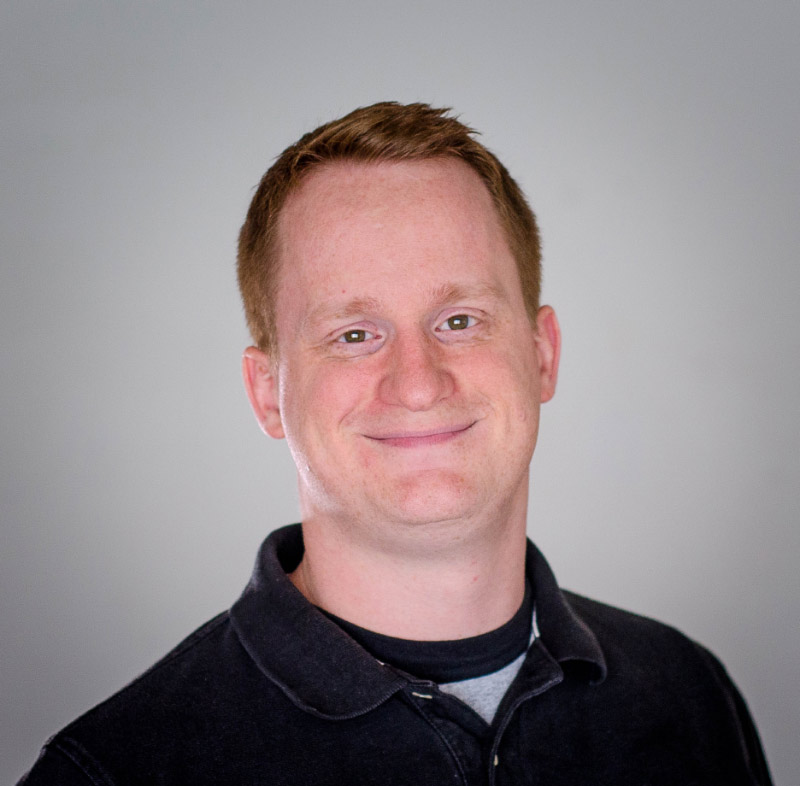 “Your illustrations are amazing” is the most common response from readers of the Called and Courageous Girls series. And we wholeheartedly agree. Illustrator Eric Elwell is a master of his craft. A New-York based visual artist, Eric, along with his wife Mindie, have three kids, who also serve as Eric’s team of art critics.

Today, we are privileged to introduce you to Eric!

1. When did you discover your talent for art?

Anyone can learn to draw and paint with diligence. But I was fortunate to have started early. My earliest memory is getting in trouble for drawing on the wall (at age 3). I recall on a few occasions when my mother gave my brothers and me blank booklets, which we could fill out with our own stories. Mine were about armies of ninjas, and they needed to be illustrated.

I also have a fifth grade teacher to thank for letting me draw virtually all day during class (as long as I kept my grades up)! An important part of developing any skill is practice. It’s hard to tell how much of that practice comes simply through play. Fortunately, the adults in my life allowed a lot of that.

2. How did you get into illustration? 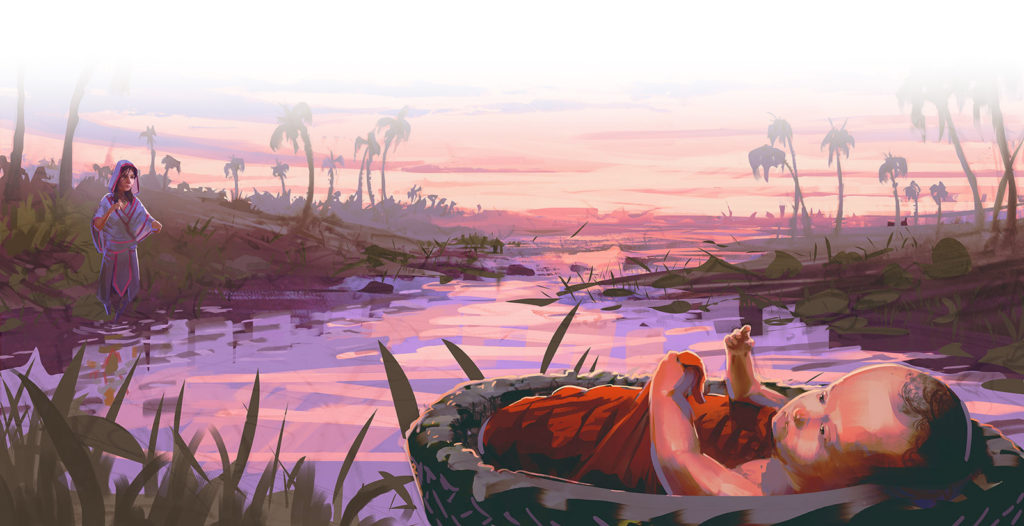 It may come as a surprise that a significant milestone in my artistic development came through a video game. My brother and I discovered a new trend at the time in which regular players modified the game, adding their own characters and environments.

It was a complex process. But we learned that it could be done. Where there’s a will, there’s a way. The desire to make our own worlds and characters gave us the motivation necessary to learn the digital tools and techniques to bring our ideas to life. (Plus, we were homeschooled at this point. So we had a lot of time on our hands.) That minor obsession had me painting 3d characters, robots, rocks, plants, buildings, or whatever else we thought up. At first it was a means to an end. Eventually I realized painting is what I enjoyed most, and I was eager to hone that craft.

The rest is history, I guess.

3. Why did you decide to use your gifts and talents to illustrate the Called and Courageous Girls (C&CG) series? 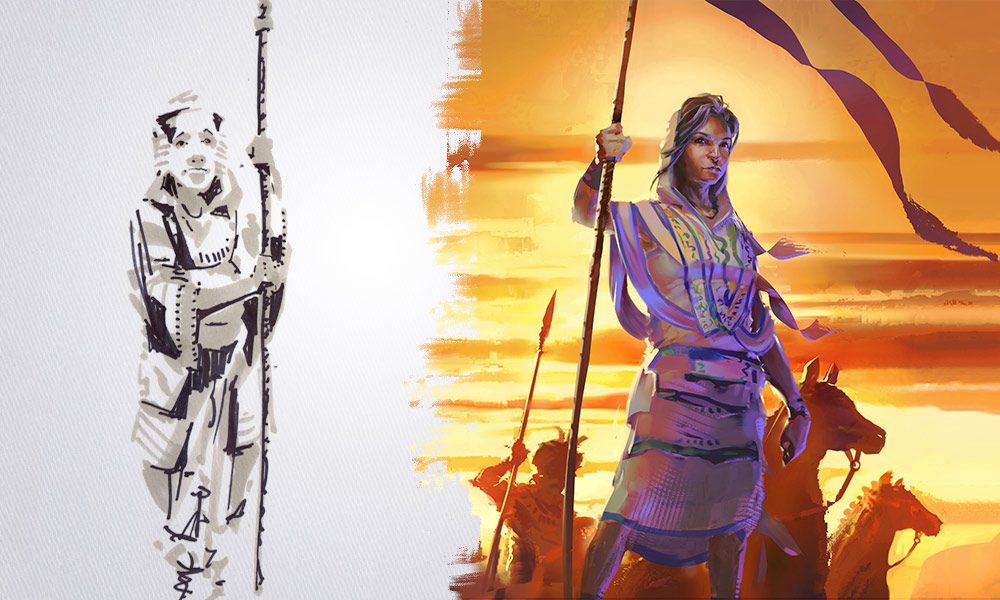 When I heard about the series, my first thought was of my own children. I wanted my kids to know that they could find great examples of both men and women in the Scripture. Specifically, characters and accounts depicted just as we find them in the Bible (in the portions that are recorded). For the imaginative portions of which we have no biblical account, it must be historically plausible.

Called and Courageous Girls (C&CG) was an opportunity to tell their stories with clarity, without compromising or modifying the fundamental characteristics of the accounts. In short: Real people, timeless stories, condensed and clarified, with no funny business.

The kind of books that I want for my own kids.

4. What book or woman has been your favorite to illustrate so far, and why? 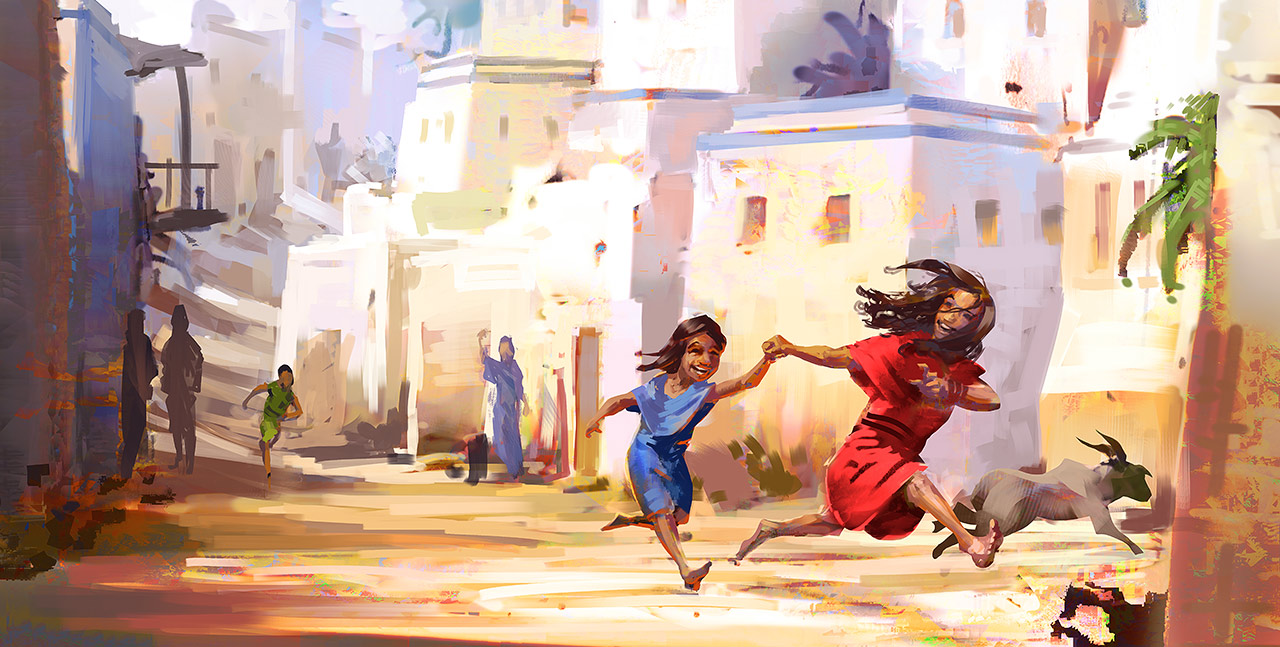 Definitely, the fourth and upcoming book about Rahab.

Each of these books has been exciting to get my head into the time and place. This one has been the most mind bending. It is an often overlooked perspective, the view from inside the wall. The Israelites are coming with their mighty and unstoppable God. That must have been overwhelming for life within the city walls. Rahab grew up in that world. What was life like? What was her culture like? Who else, if they had chosen like Rahab, might have been saved? I can’t help but think that at some point each of us has been in the same spiritual position. Strangers from God, wondering what a confrontation will bring.

This is a jam-packed story. It is full of nuance, tension, fear, faith, and humanity. Seeing it through her eyes and the eyes of her community has been powerful, and has made an impact on me.

5. What do you enjoy about your illustration work for C&CG? How is it life-giving? 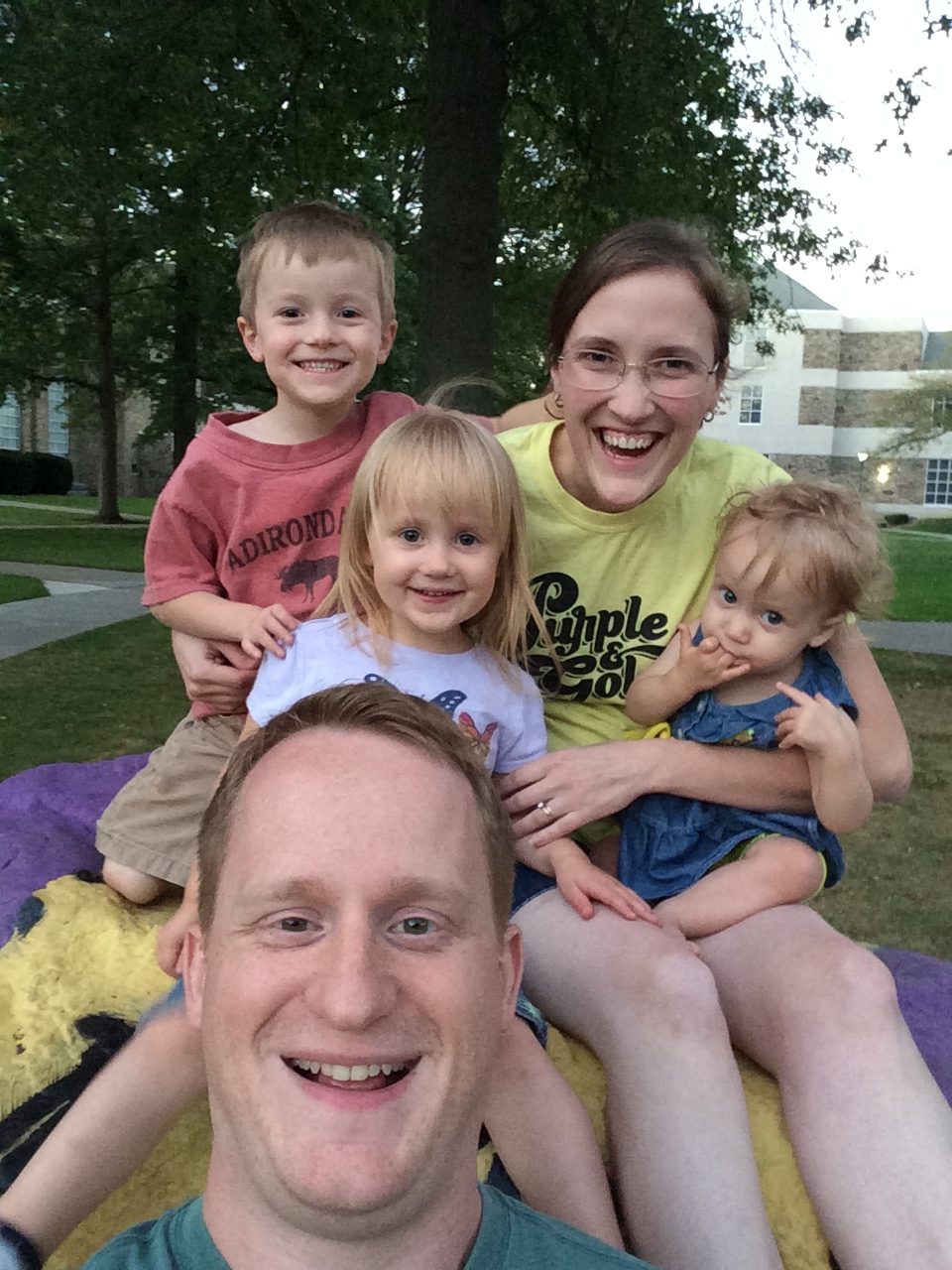 When the illustrations are almost finished, I will put them up in a slideshow for my kids to watch. I love their responses, both positive and negative, because they are almost always funny.